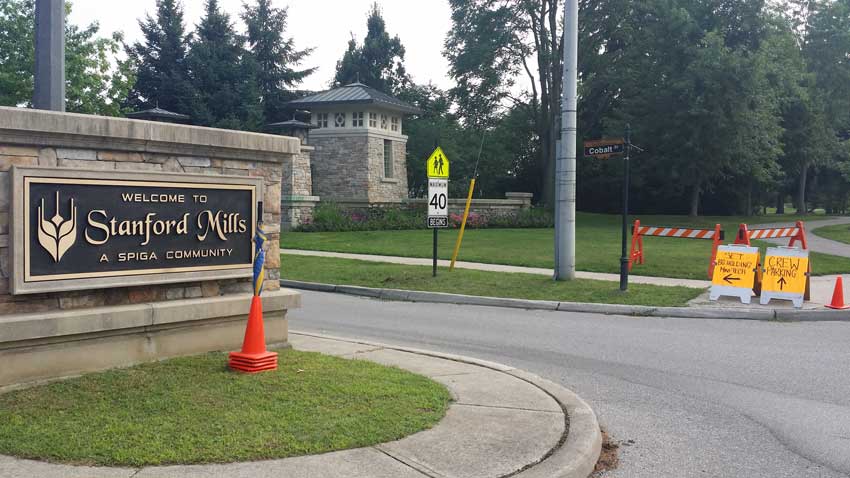 It seems Watercolours was the perfect location for scenes for a TV pilot being filmed around the GTA. On August 18, 2015, thanks to the cooperation of affected residents, the production filmed scenes along Canyon Street between Cobalt and Infinity as well as the Cobalt Street entrance that resulted in the road closure for part of the day.

The TV pilot, being produced by Matt Damon and Ben Affleck's Pearl Street Productions, CBS Television Studios and Universal Cable Productions for the SyFy Channel is entitled "Incorporated". Set in the dystopian future where global corporations have limitless power.  The series follows Ben Larson, who is forced to change his identity to infiltrate a cut-throat corporate world to save the woman he loves. Filming will continue around the GTA until September.