Watercolours is the ultimate expression of our abilities

The overall guiding principle of our architecture in Watercolours is to blend in and not stand out.  To blend in with the natural setting and the historic homes of Lorne Park.  We wanted a community that would feel instantly at home with history.  When Lorne Park came into being in 1886 it was a brand new model of how to use land.  Park areas, walking trails and places for people to congregate were incorporated right into the community.  At Mattamy we have exercised these same standards into all of out communities.

As a company, we're honoured to build our collection of bugalows, manor and estate homes in Watercolours timeless in design and futuristic in content.   And we would be honoured to have you choose Watercolours as your next address. 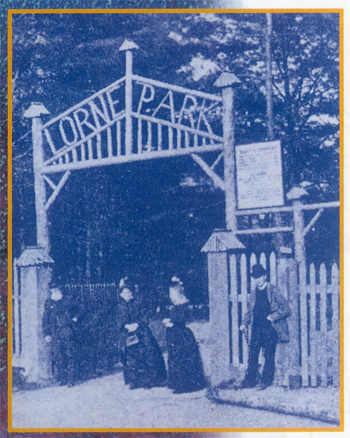 Lorne Park began as a summer community for the wealthy of Toronto.  It was accessible by rail, steamboat or carriage.  On summer weekends the Park was filled with families ready to indulge in leisurely activities.  The Park was named after Marquis of Lorne who was Governor-General of Canada from 1878-1883.  All of the north/south streets in the Park were named after famous poets.  All of the east/west streets were named after people who owned property in the Park.

Original lots were only sold to those who would build a "neat and respectable" home or cottage costing not less than $400.  Most of the original homes were designed by Edmund Burke who also created the original Robert Simpson building, St. James Cathedral and the Victorian College at the University of Toronto.  Between 1886 and 1891, 27 cottages were build.  14 of these remained occupied as late as 2005.

- as published in a Watercolours sales brochure